Scheduled change of leadership at BVV

The change at the top of the company, which has been in the pipeline for some time, will take place on 1 January 2021 at the traditional Bochum wheels and wheelset forge. Stefan Hölzl, until now COO of the group of companies, will move to the top as CEO and replace the long-standing boss, Karlheinz Springer. Springer, who has led the group since 2015, remains responsible for the strategic orientation of the BVV Group as the shareholder’s representative and coach for BVV.

Karlheinz Springer took over as CEO at BVV in 2015 – at that time still part of the Georgsmarienhütte steel group – and led the financially troubled group of companies back to success after a phase of restructuring. Today, the group is a globally recognised innovation leader in ultra-light aluminium hybrid bicycles for mass transit, and the success of its long-distance comfort bicycles in the high-speed sector, especially with the demanding Chinese state railways, is impressive. BVV also made a strong comeback in the traditionally fiercely competitive low-cost segment of freight car wheels.

A significant milestone was the spin-off of the group from Georgsmarienhütte and the acquisition of Chinese investors as new owners. The takeover of BVV by Hong Kong-based Full Hill Ltd. was the starting signal for the re-establishment of the company, which was completed in 2017 with the 175th anniversary celebration. Since then, BVV has been steadily gaining global market share and its reputation as a centre of innovation continues unabated.

“BVV is now a globally recognised player and an integral part of the Full Hill railway technology group. Its successes in China are impressive, and there is no end in sight to the positive development. Karlheinz Springer has managed to stabilise the company, the success story is the fruit of his tireless commitment to employees and the company. He has understood how to transform the German-Chinese partnership into friendship. For this, we sincerely thank him.” (Richard Xuan, Chairman of the Board Full Hill).
With Stefan Hölzl, an experienced executive now takes the helm of the BVV Group. Hölzl, who joined the company in the early summer of 2020 as COO with the prospect of taking over the CEO function, knows the company intimately and has been intensively prepared for the new task. From 1 January 2021, the fate of BVV will now be in younger hands.

Compliments from Poland for our monobloc wheels 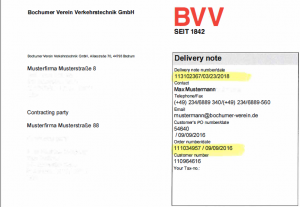 Your Product ID, being the batch number, assembly number or the wheelset number, can be found on the cover sheet of your delivery note.

You can find out more about which cookies we are using or switch them off in settings.

This website uses cookies so that we can provide you with the best user experience possible. Cookie information is stored in your browser and performs functions such as recognising you when you return to our website and helping our team to understand which sections of the website you find most interesting and useful.

Strictly Necessary Cookie should be enabled at all times so that we can save your preferences for cookie settings.

If you disable this cookie, we will not be able to save your preferences. This means that every time you visit this website you will need to enable or disable cookies again.